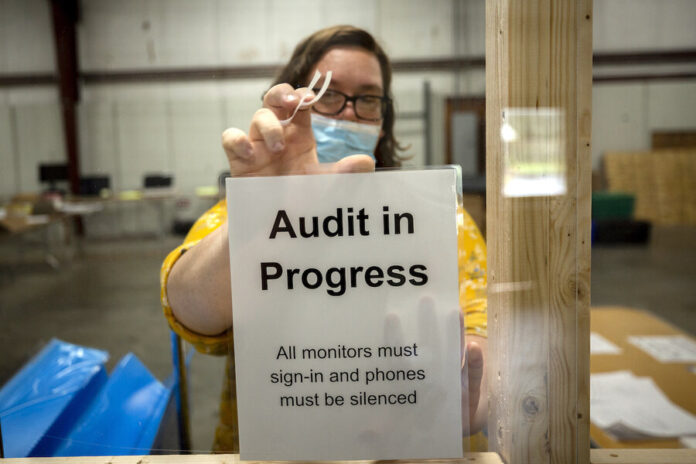 This comes after the man behind the original lawsuit, Garland Favorito reported that Brad Raffensperger’s office illegally tampered with sealed ballots back in January.

Judge Amero was the judge that unsealed the suspect 145,000 absentee ballots in Fulton County back in May.

Now the lawsuit, spearheaded by Favorito and VoterGA have had their lawsuit advanced. Meaning that there is ample evidence of fraud in Fulton County.

This is a massive legal victory for election integrity. It will surely leave the Democrats panicking!

This is not even mentioning Stacey Abrams, a top Democrat who has been revealed to be in control of staffing during the 2020 Election in Fulton County. What a coincidence!

Results are expected from the Maricopa County audit any day now. The mainstream media is already moving to disprove and discredit the company conducting the audit.

Rachel Maddow told us MONTHS ago that the Maricopa County audit WOULD reveal that Trump won the election. She claimed that it was inevitable, not because it was true, but because of the company conducting the audit.

This has been the plan all along. Simply ignore the ignorant. We the People DESERVE to know the truth, and we are getting closer every single day!

DISGUSTING: ‘Queer Ethics Professor’ Calls For Pedophilia To Be Destigmatised And Taught In Schools

BREAKING: Stacey Abrams Financed And Controlled Staffing For 2020 Election In...